The Pandemic Economy in American Prisons 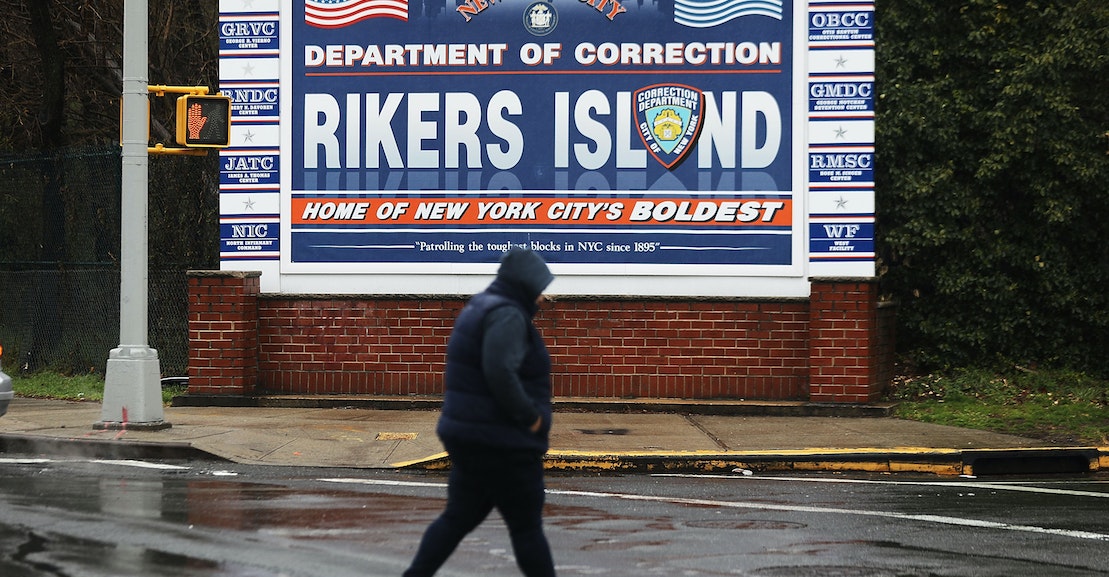 On Sunday afternoon, 45 people incarcerated at Rikers Island released a statement declaring that they would not be leaving their rooms for work or meals due to the jail’s inadequate response to the coronavirus outbreak in New York. The reasons given for the strike included a lack of personal cleaning supplies, preexisting overcrowded living conditions, and the disconnection of the facility’s phones on Sunday morning. Their demands were simple and reasonable: All people over the age of 50 with at-risk conditions, or with less than a year’s sentence, should be released immediately. It’s two days later now, and nothing has meaningfully changed.

The Rikers strike stands as the latest effort taken by incarcerated people to bring attention to the conditions faced during the pandemic by America’s prison population, currently clocking in around 2.3 million. In New Jersey, people being held at the Essex County Jail, Hudson County Jail, and privately operated Elizabeth Detention Center went on a hunger strike starting last Wednesday, calling out Immigration and Customs Enforcement for needlessly detaining people during the pandemic and for the conditions in the jails. “We should at least have some hand sanitizer, some wipes, some type of spray, and we rarely get any of that,” a person detained by ICE at the Hudson County Jail told The New Republic last week. “There’s barely soap, there’s barely toilet tissue. And they’ve got this new system in the bathroom where you’re only allowed to flush the toilet twice per hour.”

America is seeing in real time how much human misery our current system both produces and tolerates. And while many local and state officials have decided to release at-risk people to thin the crowds inside our jails and prisons, there are millions of people who are still locked away in facilities ripe for an outbreak.

And many of them are working through the pandemic. While nearly every jail and prison in the nation moved swiftly to ban family visitations in an apparent effort to limit community spread, prison work shifts across the country have carried on uninterrupted. New York Governor Andrew Cuomo boasted two weeks ago about the production of hand sanitizer “made conveniently by the state of New York.” The sanitizer was in fact being made by incarcerated people who were started at $0.16 per hour. As we’ve seen before, incarcerated people were turned into emergency service workers—their task no different or less necessary than grocery workers’ or delivery drivers’—yet their health concerns have seldom been considered by an industry that makes $50 million off their labor.

In rural North Carolina, people in prions and jails are facing the same reality. One of the biggest economic drivers in North Carolina is the farming industry, but unlike the sepia-toned memories of family farms that once dotted the Piedmont and eastern countryside, the farms that dominate in today’s economy are largely owned by corporations. As millions of people are effectively under stay-in-place orders, the ability of grocery stores to maintain supply lines will be crucial in the coming weeks, meaning that companies like Tyson Foods will be pressed to continue operating at full capacity. And while the company is temporarily raising its wages, the workers at these facilities, much like the Amazon warehouse workers, are not allotted paid sick leave. If they try to adhere to North Carolina Governor Roy Cooper’s pleas for social distancing and refuse to show up to work, they don’t get paid and the chicken doesn’t get processed and packaged.

But the Marshall Project has reported that Tyson is continuing to bus in incarcerated workers from the Wilkes Correctional Center to keep the floors active. As of Thursday last week, the workers were not having their temperatures taken to ensure they had not contracted the virus, though Tyson said in a statement to The New Republic that it has now instituted temperature checks and other controls on entering the facility. (For context, Tyson has a long history of bringing in workers from prisons and rehab centers to keep its profit margins nice and fat.)

Lauding the work as “an important transitional step for many low-risk inmates,” Tyson Foods wrote in a statement to the Marshall Project that, “The production of food during this time has been designated as critical to America’s infrastructure.” Staying on-message, a spokesperson for the state Department of Public Safety said that “the Division of Prisons is sensitive to the business needs of participating employers while balancing the medical issues at hand.” All this coincided with the Food and Drug Administration announcing last Wednesday that it would be pausing routine surveillance inspections of food manufacturers and handlers.

There are few signs that any of this is going to change in the immediate future. In discussing his upcoming legislative goals in New York State, Cuomo was noncommittal when a reporter asked him about prison reform. At a federal level, Politico reported on Saturday that U.S. Attorney General Bill Barr is considering measures that would allow chief judges to hold people indefinitely without trial. Where conversations of mass release should exist, instead stands a Monopoly Man character rubbing his hands together, wondering how he’ll profit off those with no options.

This is a frightening time. Those of us with the freedom to do so will huddle with the people we’re isolated with, call and check in on those we love, and, hopefully, put the concerns of work on the back burner. But for the people who have found themselves victim to a nation addicted to incarceration and cheap labor, no such relief exists. There is no new normal for them. Only more of the same.