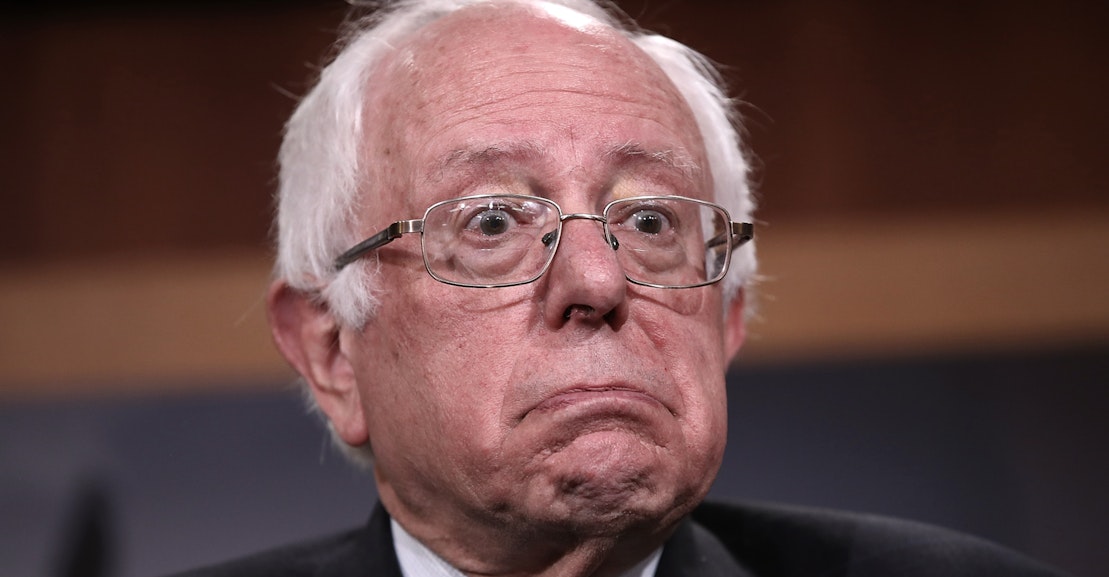 How do you tell who won an election? Most people would look to see who got the most votes. In the case of a Democratic primary, they could also dig into delegate counts.

In the world of punditry—with its urgent need to declare multiple “winners” and “losers”—all of this common sense goes out the window. The plain results themselves are a factor but just one among many. Finish second or even third? That might be better than coming in first!

If you watched cable news on the night of the New Hampshire primary or picked up a newspaper the following morning—or if you unhappily encountered a pundit somewhere in between—the big story was the third-place finisher, Amy Klobuchar. The next most important story: Pete Buttigieg. And trailing behind these two, the actual winner of the contest, Bernie Sanders.

After a fifth-place finish in Iowa, Klobuchar was now surging. This was “Klobmentum” or the “Klobucharge.” Looking at the results, The New York Times’ Trip Gabriel tweeted, “No. 1 story of the night: Amy Klobuchar. No. 2 story of the night (so far): Pete Buttigieg coming closer to Bernie Sanders than expected.” The paper’s Jeremy Peters also chimed in: “Pete, after winning Iowa, is almost beating Bernie in a state Bernie won four years ago by 22 points. Under any normal standard of assessing the Democratic race, Pete would be called a frontrunner.”

Never mind that Sanders faced one significant opponent in 2016, compared to half a dozen in 2020. Never mind that Sanders won the popular vote in Iowa (and that Buttigieg only narrowly won in delegates). Never mind that Buttigieg and Klobuchar are heading into what looks like a buzz saw in Nevada and South Carolina, where minority voters, who have so far been cool to both candidates, will finally get a say after the heavily white electorates of the first two primary states. And never mind that Bernie Sanders won New Hampshire and is polling first and second, respectively, in the next two contests as well.

Instead, pundits have selectively read the results to build a strange case that what we are seeing happen—Bernie Sanders leading the Democratic primary—is not happening at all.

Mathematical tricks formed the basis of the argument that, if you were to think “seriously” about New Hampshire, Bernie Sanders was not, in fact, the winner. The metanarrative of the Democratic Party’s two wings—whether they be “Sanders” and “Clinton,” or “moderate” and “liberal”—led pundits to divide the field of candidates into supercandidates. “Among the most striking aspects of the contest, the vote-share of the moderate candidates (Biden, Buttigieg, Klobuchar) came in at more than 50 percent, swamping that of progressives Sanders and Warren, who together accounted for less than 40 percent of the vote,” wrote The Washington Post’s Jennifer Rubin.

Michael Barbaro, the host of The New York Times’ podcast The Daily, made a similar case. “One way of thinking about what happened is that Bernie Sanders got around a quarter of the vote and he won,” Barbaro said. “But another way of thinking about it is that, if you add up all the moderates together, they collectively got something like 70 percent of the vote.” (If the contest were between Buttigieg/Klobuchar/Biden and Sanders/Warren, the result would be something like 52-35, for what it’s worth.)

The Sanders doubters do have a point. As the Times’s Alexander Burns told Barbaro, “When you look at the results in both Iowa and New Hampshire, you see the majority of the Democratic electorate leaning toward moderate candidates, and Bernie Sanders is prevailing mainly because there are more moderates than there are progressives.” What Burns is saying is that a glut of moderate candidates is cannibalizing the moderate vote, giving Sanders a clear lane to win primary elections solely with the progressive vote.

But the math is not that simple. The idea that Elizabeth Warren’s supporters would automatically move to Sanders were she to drop out, or that Joe Biden’s supporters would eagerly line up behind Pete and Amy, is facile. We know this because of the data. Despite the “establishment” versus “insurgent” narrative, voters in the real world do not divide so simply into those camps. Polling has shown that Buttigieg’s surge has come, in part, from his ability to pick off Warren’s college-educated voters and that Sanders is the second-choice candidate for a significant number of Biden enthusiasts.

Perhaps the most egregious example of the media’s data innumeracy is the argument that Sanders is weaker than he was in 2016. “Four years ago, Bernie Sanders won 60 percent of the vote” in New Hampshire, MSNBC’s Lawrence O’Donnell said. “He’s going to get half that if he’s lucky tonight. That was not enough of a launching pad to actually win the nomination. The story of the Sanders campaign so far this year is how much ground he’s lost from four years ago.”

Yes, Sanders won with 60 percent of the vote in New Hampshire in 2016. But he would have been lucky to have received half of that in 2020, in a far more crowded field—and, in fact, won with 25 percent of the vote. That Sanders is rather handily fending off a whole slate of viable presidential candidates, as opposed to just one, is a clear sign of strength, not weakness.

Why are pundits downplaying Sanders’s early success? The assumption is still that the Democratic primary will ultimately be decided between Sanders and a moderate (or two). Klobuchar’s rise is thus supremely important and worth emphasizing over Sanders’s victory. Voters in Iowa and New Hampshire have made it apparent that there is a sizable group that is concerned about Sanders’s electability and vision, suggesting a ceiling to Sanders’s support that will end up hurting him as the moderate field is winnowed.

But is it really so clear that Sanders’s campaign has tapped all or most of its potential? Pundits seem convinced that Sanders’s momentum will eventually flag. A moderate messiah will appear, sweep up every single nonleftist, and coast to victory. Hence the bizarre assertion by Obama campaign veteran Jim Messina that the real winner of the New Hampshire primary may have been Michael Bloomberg, who wasn’t even on the ballot.

There is a palpable sense of denial to all this fiddling with the numbers. A 78-year-old Democratic socialist who had a heart attack four months ago is not supposed to be the party’s presidential nominee. And so we’re being told, again and again, that someone else—anybody else—is really winning.