Does It Really Matter That Buttigieg Worked for McKinsey? 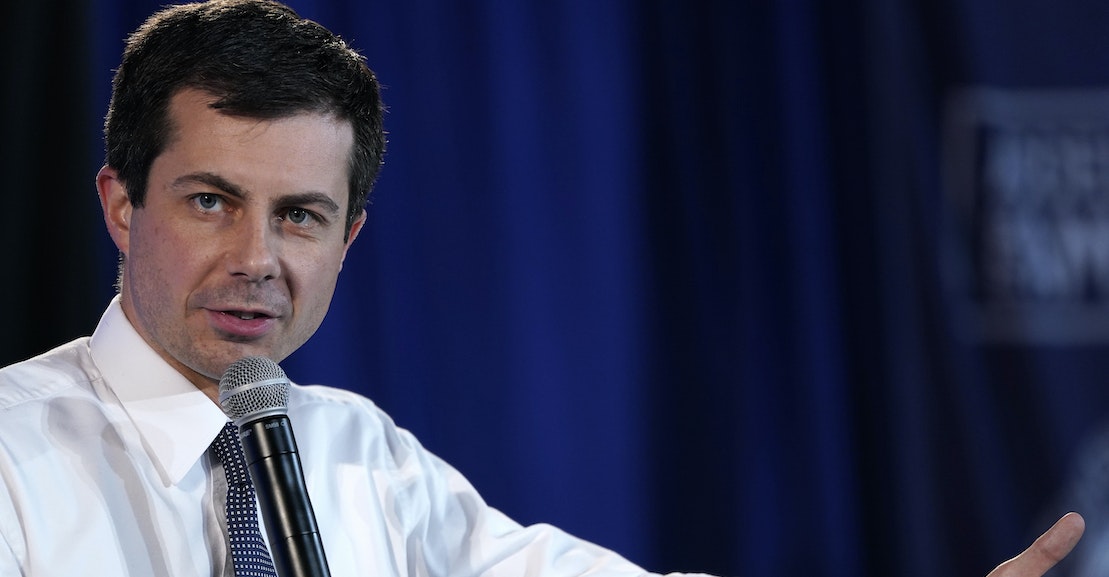 On the 30-minute drive across eastern Iowa from Mount Vernon to Cedar Rapids on Saturday afternoon, Pete Buttigieg began (albeit with some prompting) by reciting Robert Frost: “Whose woods these are I think I know.…” He ended our interview with a spirited rendition of the first stanza of “When the Frost Is on the Punkin” by the nineteenth-century Hoosier dialect poet James Whitcomb Riley.

It was an impressive literary trick that few, if any, 2020 candidates could match. But it has scant relevance to the challenges Buttigieg would face in the Oval Office if he somehow managed to succeed Donald Trump as president. In many ways, the same can be said of the controversy surrounding Buttigieg’s client list during his nearly three years working for the blue-ribbon management-consulting firm McKinsey & Company, after he completed his Rhodes scholarship at Oxford. Like so many campaign firestorms, it ultimately is far more about symbolism than substance—and has little bearing on Buttigieg’s fitness to govern.

During our interview, which I jointly conducted with Wall Street Journal columnist Peggy Noonan, Buttigieg seemed exasperated that the press, as well as his opponents, had only homed in on his work for McKinsey once he started pulling ahead in the polls. Before he became a serious contender, he said, “there wasn’t quite as much enthusiasm for finding out [the] details of what I did in my mid-twenties.”

The 37-year-old Indiana mayor, who is indeed the current favorite in most Iowa surveys, has a point. These days, no one is terribly interested in probing the details of the business careers of such also-ran contenders as Andrew Yang and Tom Steyer. As political scientists John Sides and Lynn Vavrick theorized in The Gamble, their analysis of the 2012 campaign, all high-flying presidential candidates go through three distinct phases: “discovery, scrutiny, and decline.” Scrutiny of Buttigieg’s activities at McKinsey would have been inevitable even if Elizabeth Warren had not made an issue of the aura of secrecy surrounding his consulting work.

On the Tuesday after our interview, Buttigieg released the names of the clients he had worked for at McKinsey between 2007 and 2010. They’re a hodgepodge of government agencies—such as the departments of Defense and Energy, as well as the Postal Service—along with companies that might be more of a political liability, particularly Blue Cross Blue Shield of Michigan, which laid off more than 1,000 workers in 2009, two years after McKinsey consultants were brought on to stem its losses.

It would be easy to let Buttigieg’s time at McKinsey morph into the Democratic equivalent of Mitt Romney’s tenure as CEO of Bain Capital in the 1990s, but there is a major factual problem with such comparisons. Unlike Romney, who really was merciless about destroying jobs if that’s what the business strategy required, Buttigieg was merely a fledgling McKinsey consultant, with scant power to make decisions on anything. Describing the corporate culture at the firm, a former McKinsey partner, who left before Buttigieg was hired, explained, “New associates do what they’re told. It’s like the Army.” Buttigieg has admitted as much about his work for Blue Cross Blue Shield, telling the Atlantic Tuesday night, “I don’t know what conclusions [my study] led to.” (He was taken off the case in 2007, long before the company announced its decision to cut 10 percent of its workforce.)

Far more intriguing is the question of why a poetry-loving Rhodes scholar, whose parents were both Notre Dame faculty members, chose to work at McKinsey in the first place. In 2007 (with the economy seemingly vibrant a year before Lehman Brothers collapsed), former Rhodes scholars like Buttigieg had vast career options. It was not as if they were facing a choice between joining McKinsey and holding up a desperate sign by the roadside, “Will Network for Food.”

In his campaign autobiography, Shortest Way Home, Buttigieg said that, in effect, he was motivated by intellectual curiosity. “Despite all my education,” he wrote, “I felt ignorant about how the private sector really worked. I would leave Oxford with a degree in economics, but knew little first hand about the functions—from logistics to finance—that made the private sector operate.”

That explanation has always struck me as glib. During my interview, I asked Buttigieg whether signing on with McKinsey was, to some extent, a rebellion against the cerebral values of his parents. “I suppose a little bit,” he responded, “because it was so alien to my parents’ world. And I wanted to make sure that I understood it. I’m not sure I ever felt like a native of the business world, but I became more oriented toward the style of problem solving … that people in business have to do.”

There is always an occupational hazard in speculating about the life choices of presidential candidates since, by the time they run, they have already fashioned a public mask. After achieving the perfect high-achiever résumé with Harvard and a Rhodes scholarship, Buttigieg may simply have longed for yet another gold star. Joining McKinsey, which brutally culls the herd of new associates after two years, was just another way for him to excel in a competitive but highly structured environment.

Now Buttigieg’s competitiveness is being tested in the most merciless arena in American politics. There will inevitably be other controversies (both real and manufactured) triggered by his record and remarks, though I suspect the McKinsey matter is pretty well played out. Buttigieg claims to be braced for whatever comes next: “The further you get nationally, the more you need to be ready not only for legitimate critiques but also for folks to pounce on any turn of phrase that can be used against you.” When his words are taken out of context by cable TV hosts and rival campaigns, he said, “it creates a pressure that threatens to make you less interesting because you have to repeat yourself even more than usual because trying even a slightly different turn of phrase could be something somebody can take advantage of.”

Buttigieg is not the first former Rhodes scholar running for president to have his decisions in his twenties challenged in the heat of a presidential campaign. In early 1992, Bill Clinton faced a firestorm over his guile and duplicity with his Arkansas draft board as he schemed to avoid serving in Vietnam. Needless to say, Buttigieg, who enlisted in the Navy Reserve while at McKinsey and served in Afghanistan, does not have that particular problem. But no would-be Democratic president has led a life of personal and professional purity. Everyone from Franklin Roosevelt to Barack Obama has stumbled on the way to the White House. And undoubtedly there are aspects of his time at McKinsey that Buttigieg now privately regrets. The true test (to steal a 1930s song lyric that Obama used in his first inaugural address) lies in how well Buttigieg will pick himself up, dust himself off, and keep going.